When you mention Canada to anyone, the Niagara Falls always comes to mind. As the top tourist attraction there, many people would love to see and appreciate the beauty of the waterfalls. Here, you get to wonder how do these land and water formations even come up.

Once you’ve seen the falls, you’d truly be amazed by how magnificent it truly is! Moreover, people need to know more about the Niagara Falls. Below are probably the most interesting facts you get to know about the famous falls. 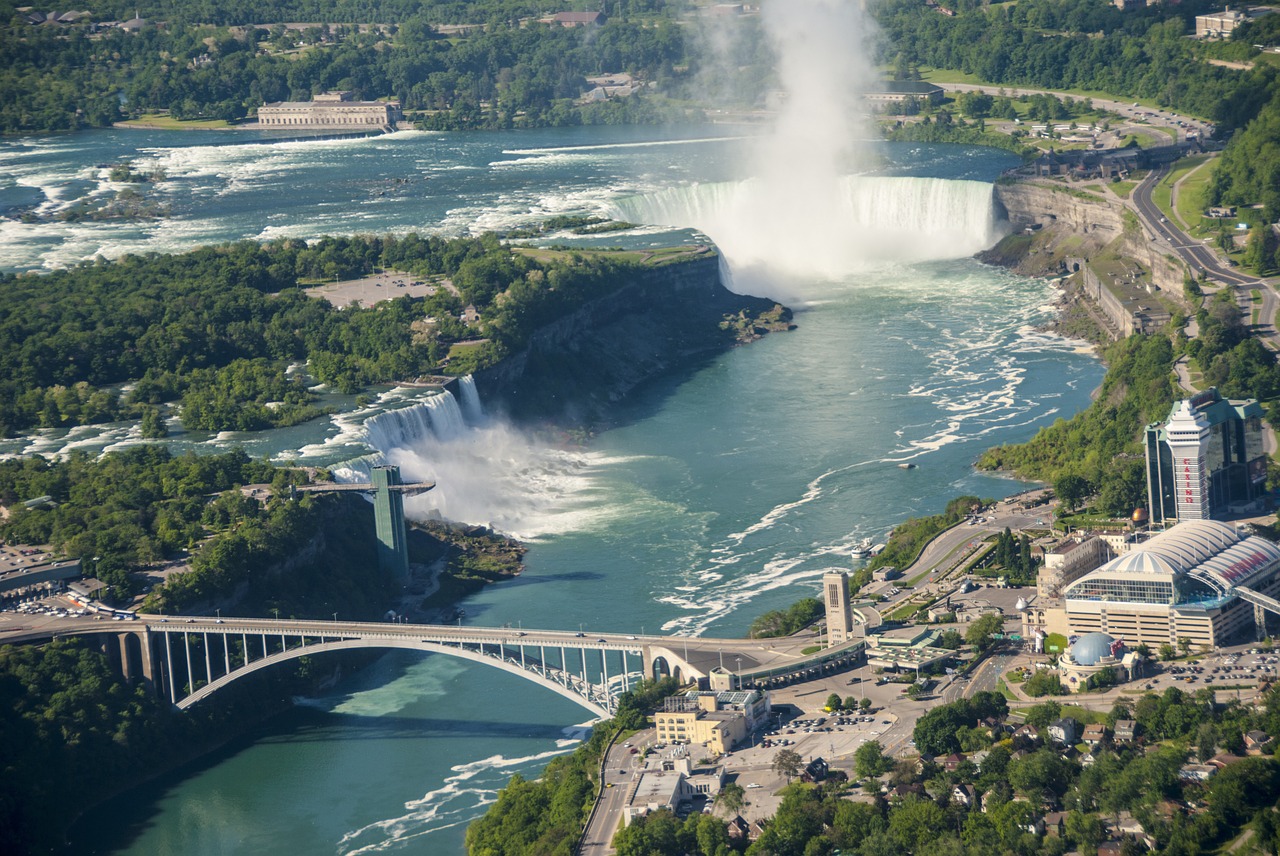 1. Niagara Falls is the Honeymoon Capital of the World.

In 1801, Theodosia Burr, daughter of Aaron Burr (3rd Vice President of the United States) visited Niagara Falls during her honeymoon. In 1804, Jerome Bonaparte, a French prince, together with his American wife, traveled to the Ontario phase of the falls after their wedding. Today newlyweds consider this as a top honeymoon destination.

The Falls are located on the border of Canada and the United States. Either way, you get to see a glimpse of the opposite country. Combining all the water, it can produce the highest flow rate of any waterfall presently. It is estimated that the water can fill up about 50 Olympic sized swimming pools in just a minute. Imagine how much that is!

3. Fish swim through Niagara Falls all the time and over 90% of them survive.

Due to the volume of water falling, you can never imagine a fish could jump out of the water. Several years ago, a tourist was walking on the Cave of the Winds and he was suddenly hit by a salmon but, was not hurt. He kept the fish as a remembrance. For observers, the Falls seem an elevator for the fish and the white foam found at the bottom supports them when they fall. What a nice experience for the fish, isn’t it?

4. You are almost always guaranteed to witness a rainbow.

When you are on the Canadian side of the Falls, a rainbow is certainly a pleasant view. The presence of rainbow is due to the amount of spray the waterfall creates while it transcends down. Just make sure to visit the Falls at noon or just in time before the sun finally sets. Of course, a camera is a must to capture a mesmerizing moment. Or a selfie, perhaps?

5. Nik Wallenda walked on a high-wire, crossing the Niagara Falls.

The performance was awaited by many since the governments from both United States and Canada have different views on the alleged crossing of the falls. Until 2012, they have agreed to allow Nik Wallenda to do the stunt, considering that he would wear a safety harness. It has been a childhood dream for the daredevil and yes, dreams do come true! It was televised live all over the country and he finished crossing in just less than 25 minutes. According to him, he was bringing his passport and was tasked to present it to the Canadian border marshalls upon his arrival to the Canadian side of the falls. Today, people are heavily penalized if they cross the falls and survive. So, don’t even think about it!