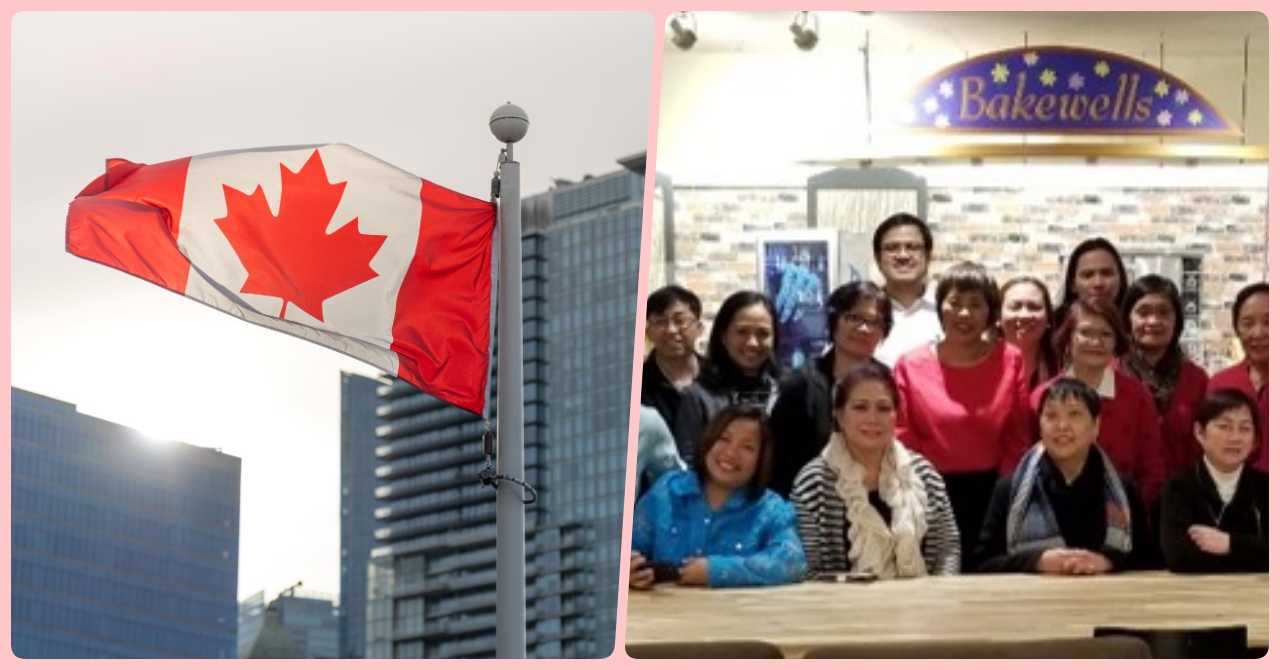 Filipinos in Canada are considered a large and growing population. In fact, the Filipino community is among the largest Asian Canadian groups, including Chinese Canadians and Indian Canadians.

In this guide, we share some important details on the immigration and settlement trends of Filipino Canadians, as well as some interesting facts about the community. Keep on reading to learn more!

History of Filipinos in Canada

A larger number of Filipinos emigrated to Canada in 1930. There were ten Filipinos registered in Manitoba in 1950. The majority of first-generation Filipino-Canadians were nurses, teachers, or worked in the health care profession. These first Filipinos left the United States to renew their expired visas in order to return to the United States. Some stayed in Canada, but the vast majority returned.

Between 1946 and 1964, there were 770 Filipinos in Canada. In the 1960s, Canada hired more professionals, largely from the United States, but also directly from the Philippines. The vast majority of the doctors, nurses, technicians, and office workers came in Winnipeg, Manitoba. In the late 1960s, a growing number of Filipinos immigrated to Winnipeg to work in the textile industry.

The bulk of Filipinos moved directly from the Philippines to Winnipeg in the 1970s to work in administrative, sales, and manufacturing positions. More Filipinos arrived in Canada in the late 1970s as part of the family reunification program to join relatives who worked there. An increasing number of Filipinos preferred to live in Ontario, particularly in Toronto, where job opportunities were plentiful.

During the 1980s, Canada had an influx of Filipino contract workers, the vast majority of whom found work as live-in caregivers. Through the Live-In Caregiver Program, many contract staff becomes permanent residents.

More Filipinos emigrated to the United States as families and independents throughout the 1990s, rather than being sponsored by family or recruited as contract workers.

Since 1990, there has been a steady migration of Filipinos into Canada, with 10,000 to 20,000 immigrating each year. The Philippines surpassed China as Canada’s leading source of immigrants in December 2008.

Filipino Population by Geographic Distribution (Provinces) as of 2016

Over 90% of the Filipino and Filipino-Canadian population in Canada lives and works in Ontario, Alberta, British Columbia, and Manitoba. The provinces chosen by new Filipino immigrants are determined by the percentage of each province’s total population to the fraction of recent immigrants. However, it should be noted that from 2011 to 2016, Alberta was the most preferred location for Filipino immigration, not Ontario.

Despite the fact that the Filipino population in the territories is smaller in absolute terms, the Philippines supplied more than 40% of all new immigrants to the territories.

Filipino Population by Geographic Distribution (Cities) as of 2016

Over the last five years, Calgary had the largest population growth rate among Canada’s main metropolitan areas, at more than a third, followed by Winnipeg at 26.2%. New immigrants’ difficulties in meeting the province’s fundamental French language standards may explain the extremely low growth rate of Filipino immigrants in Montreal and across Quebec.

Other relevant data from the 2016 census are as follows:

There are more Filipino women in Canada (468,015) than men (369,105). In all thirteen Canadian provinces and territories, Filipino women outnumber Filipino men.

Canada comprises ten provinces and three territories, collectively known as its 13 administrative divisions. As such, when Filipinos migrate to this country, they can choose to live in any of these regions, whichever suits them best. However, they tend to settle in areas where other Filipinos are already living. This is especially true for those who plan to work in Canada as domestic helpers or caregivers.

Although Ontario has by far the most number of Filipinos, its share of Canada’s total Filipino population fell the most between 2015 and 2016: from 44.6% to 40%.

Manitoba has the fourth-largest Filipino population in Canada, after Prince Edward Island and Newfoundland and Labrador, at 10%. Saskatchewan experienced a 101% growth.

The metropolitan areas in Canada are those that are home to at least 100,000 people. This number indicates that the area is large enough to support its own economy, government and infrastructure.

Winnipeg has the highest proportion of Filipinos per capita (9.9%), followed by Yellowknife (6%), Calgary, and Vancouver, which are all tied at 5.4%.

As the number of Filipinos in Canada grows, so does the proportion of Filipinos in each consular district. The Philippine Embassy in Canada is located in Ottawa. Meanwhile, the two consulate-general offices are in Vancouver and Calgary. There is also a Philippine Overseas Labor Office (POLO) located in Ontario. So if you are a Filipino living in Canada, you need to know which of these offices covers your area. The consular district map below will help you identify where your jurisdiction is.

Ottawa now has 61,460 Filipinos, or 7.3% of the Filipino population in the Maritime and Atlantic provinces and Nunavut, a 16.4% growth.

There were 431,380 Tagalog (Pilipino, Filipino) speakers in Canada in 2016. This is equivalent to 87.5% of the overall Filipino population in the country.

Tagalog was followed by Ilocano (26,345) and Cebuano (19,890) people as the Philippine languages with the most speakers in Canada.

Changes Since the 2016 Census

In April 2018, there were about 901,218 Filipinos in Canada, which is a mix of permanent residents and individuals who are either permanent residents or temporary foreign workers. This figure represents almost 2.6% of the country’s total population.

Remittances from Filipinos in Canada reached about USD 644,754,000 in 2017, which is a 12.6% increase from the previous year. However, the figures are small compared to the previous years’ statistics. This is because the statistical methods used to calculate remittances have been adjusted. Remittances are also reportedly declining due to banks’ implementation of double-counting procedures.

Filipino Canadians’ efforts in provincial and federal politics have yielded mixed results. Dr. Rey D. Pagtakhan was a member of the Federal Parliament and a cabinet minister in the Liberal governments of Jean Chrétien and Paul Martin from 1988 until his defeat in the 2004 elections.

Several generations of Filipinos have come to Canada in recent decades, each with its own set of motivations and ambitions. According to an Asia-Pacific Foundation study, the socioeconomic and cultural contributions of Filipino-Canadians, and thus of the Philippines, to Canada total approximately $255.5 million in human capital – including the economic value of Filipinos’ personal, technical, and professional contributions to Canada, as well as an investment in the Philippines of approximately $1,825 per year in feeding, housing, clothing, educating, and training each Filipi

Increased flows of Filipinos contributed significantly to the dispersion of new migrants in Canada, in part because their pre-existing groups were increasingly dispersed across the country. Filipinos prefer to live in places with economic prospects rather than in metropolitan areas.

The GTA, which includes Toronto, York, Durham, and the other regional municipalities of the region, is home to Canada’s largest Filipino community. A third of Filipinos in the area call Toronto their home.

2. How many Filipinos live in Edmonton?

According to the 2016 Census, over 62,000 Filipinos live and work in the Edmonton Capital Region. Various Filipino organizations hold events in the area to celebrate their culture.

3. How many Filipinos are there in Canada?

4. What is the Filipino community in Winnipeg?

Before the 1980s, the city had the largest Filipino community in the country. It’s also home to a community center that’s dedicated to providing services and social interaction to the Filipinos.

There are also various Filipino-language newspapers such as The Philippine Express and Ang Peryodiko. A radio station called CKEJS also focuses on music, lifestyle, and news related to Filipinos.

5. What is the most common non-English language in Toronto?

Many Filipinos relocate to Toronto from Scarborough and North York due to the former municipalities’ many attractions. According to the 2016 census, the language of Filipinos is commonly used in these areas.

During the 1980s, there was an increase in the number of Filipinos working as live-in caregivers in Canada. Many of these individuals eventually became immigrants.

7. Where are Filipinos in Montreal?

The Montreal and Suburbs Filipino Association is an advocacy group for Filipinos in Montreal, Canada.

8. How does Canada’s population grow?

Immigration is the principal source of growth in Canada. Canada is the Group of Seven’s greatest importer of human capital, attracting more immigrants per capita than the United States.

On the other hand, natural population growth accounts for only around one-tenth of Canada’s annual population increase. Canada ranks tenth in the world in terms of crude net migration, with around 22% of Canadians identifying as immigrants.

And while the country is geographically massive, it’s mostly covered in forests and tundra, so it has a low population density by nature. Moreover, climate conditions make it especially challenging for people to live in certain areas of Canada. For example, during the winter, average temperatures in Nunavut often dip below zero degrees Fahrenheit.

10. What is the most common non-English language in Toronto?

Many Filipinos relocate to Toronto from Scarborough and North York due to the former municipalities’ popularity as places for new immigrants. According to the 2016 census, the language of choice for non-native speakers is Tagalog.

After repeated delays and obstacles, a long-awaited Filipino community center in Vancouver may become a reality.

In this video report, Mable Elmore, a Filipino-Canadian legislator, revealed that the announcement of the construction of a Filipino cultural center will be made on June 12, the 124th anniversary of Philippine Independence Day.

Elmore announced that the city is cooperating with the property development firm PortLiving, which is owned by Filipino-Canadian Macario Tobi Reyes, at the flag-raising ceremony that kicked off Filipino Heritage Month in Vancouver.

Maria Andrelita Austria, the consul general of the Philippines in Vancouver, said that the establishment of a community center in the city has been a dream of Filipinos for a long time.

According to Austria, the facility will serve as a reminder of the Filipinos’ presence in Vancouver and their importance to the community.

While there is a Bayanihan center in Victoria, British Columbia, for kababayans, there is currently no place for Filipinos in Greater Vancouver to gather.

According to Colleen Hardwick, a councilor in Vancouver, it’s important that a center for Filipinos is established in the city. It’s also a reflection of the community’s strong presence.

Community leaders in Vancouver are very excited about the establishment of a community center in the city.

Given the fact that Canada has been one of the top destinations for Filipinos to migrate to, it’s not surprising to find the numbers behind the Filipino population in the country. Canada is an enticing destination for Filipino immigrants because of the opportunities it offers, including the chance to work, study and live in a country that has been ranked one of the best places to live in. The Filipino community in Canada is also growing at a rapid pace, which means that there’s a need for more services and resources to cater to their needs—including community centers where they can gather.

Moreover, with the country’s plan to increase its immigration levels, it’s likely that this number will continue to grow. The Filipino community in Canada is very active, with many organizations and events being held in various parts of the country.

READ NEXT: What are the Most Popular Jobs in Canada?

1 thought on “Filipino Population in Canada”